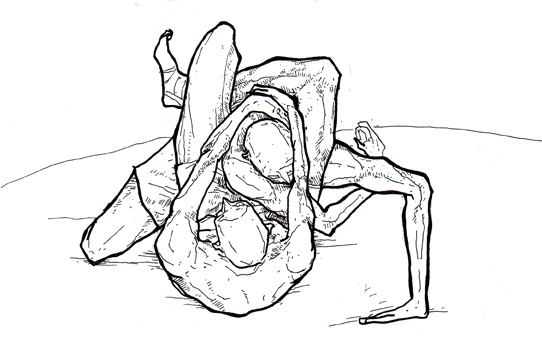 Ju-Jitsu which first appeared in the monasteries of Tibet is established as the first form of martial art in Japan.

The word Ju-Jitsu is complex and consists of “JU” which means “SOFT” and “JITSU” which means “ART”. This gentle technique is based on harnessing the enemy’s power. Using various techniques we succeed in locking our opponent’s joints causing him severe pain, while at the same time we have the choice not to cause any injuries to him if we do not wish to.

Ju-Jitsu is the martial art, from which Karate, Judo and Aikido were born. So it is a combination of Karate and Judo and has many similarities to the ancient Pankration.

In the global arena, Ju-Jitsu is one of the most popular styles of Martial Arts with a large number of fans.

Through exercise and play, expansion, psychosomatic relaxation and emotional stability occur. The program is best for children between the ages of...
Read More

You don't wish to be part of a group? Self-defense for all ages with great flexibility on schedule! Trainer & master Dimitris Panagiotopoulos will...
Read More

Find out more about Ju-Jitsu, a mixture of Karate and Judo martial arts with many similarities to the ancient Pankration.
Read More

"The club of champions" Apollofanous Filoxenos is a recognized club by the Greek general secretariat of sports having taken special recognition...
Read More